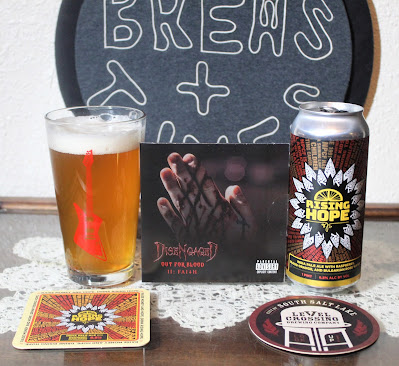 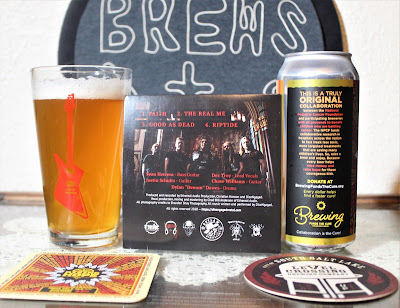 Good evening hellions and hop-lovers!  The Meista here with another great pairing for you from one of my favorite local bands and a tasty local brew... I give you DiseNgaged's latest "Out For Blood II: Faith" EP and a juicy Rising Hope India Pale Ale from Level Crossing Brewing Company!  Hails!

Overall pairing: The Rising Hope is a very drinkable, very juicy, very crushable, yet punchy IPA with complex and inviting flavors that go great with the aggressive musical prowess, depth, and honesty of all that is DiseNgaged!! You definitely need this EP in your collection and this beer in your glass!  'Nuff said!

Posted by The Meista at 3:37 PM No comments:

October 17th, 2020 - Vanquished In The Spirit Of Vengeance...The Ghost Rider! 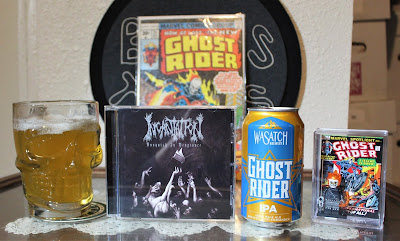 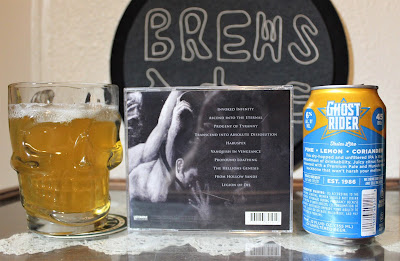 Hey there hellions, headbangers, and craft brew lovers!  The Meista here getting aggressive and punchy with a pairing of "Vanquish In Vengeance" by death metal monsters Incantation and a tasty and hoppy Ghost Rider IPA from Wasatch Brewing!  Hell yeah!!

Album Info:
Brew Info:
Overall pairing: The hoppy, spicy, complex, yet very crushable flavors of the Ghost Rider IPA go great with the face-melting intensity, aggression, and brutality of Incantation's killer "Vanquish In Vengeance"!  Those dank citrusy notes really bring out the bitterness of the lyrics and vocals while malty backbone goes great with the power of the music!  'Nuff said!
HAILS!!
Posted by The Meista at 11:52 AM No comments:

October 16th, 2020 - Nobody Hears You Screaming Blue Murder When You Are Alone In Space 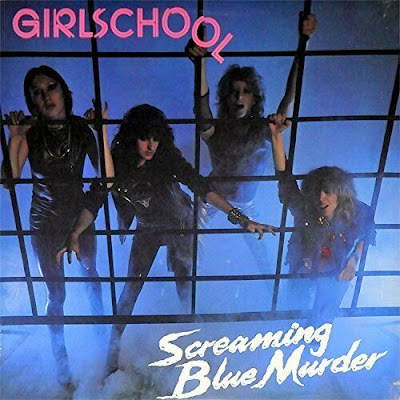 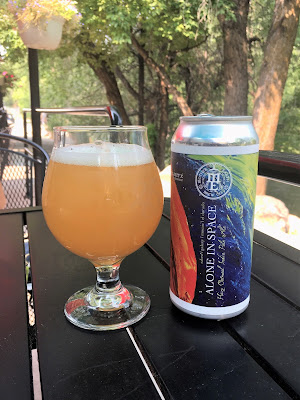 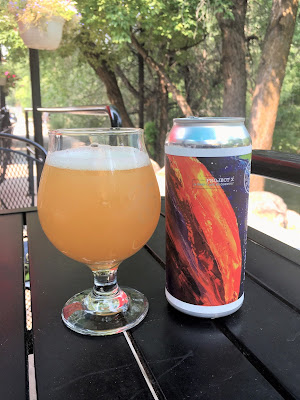 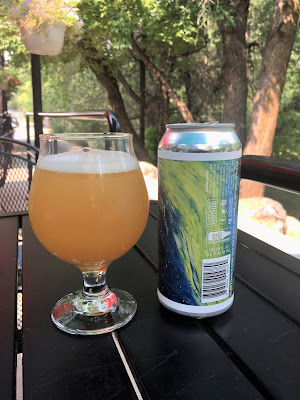 Hey there rockers, rollers, and hop lovers!  The Meista here today getting the weekend off right by rocking out with an Alone In Space Hazy Oatmeal India Pale Ale from Mother Earth Brew Company and Girlschool's "Screaming Blue Murder"!

Overall pairing: The bright, fruity elements of Alone In Space go great with overall rock and roll punch of Girlschool's "Screaming Blue Murder" while the solid malt backbone goes well with the hard rockin' intensity and power that is and always will be the kick-ass gals in Girlschool! 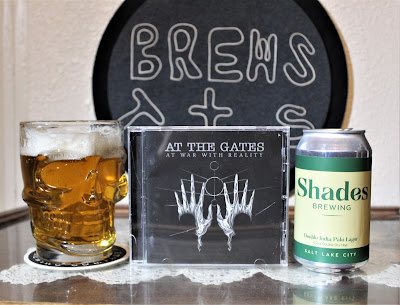 God kväll craft beer fiends and headbangers!  The Meista here tonight getting heavy and aggressive with a pairing of At The Gates' excellent 2014 "come back" album "At War With Reality" and a bold and aggressive Double India Pale Lager from Shades Brewing!

Album Info:
Brew Info:
Overall pairing: Brash, flavorful, and complex, the Double India Pale Lager is a huge blast of dank and interesting flavors... perfect for the brutality, brilliance, and death metal prowess of the mighty At The Gates!!  'Nuff said!!
Hails!!  Skål!!
Posted by The Meista at 1:36 PM No comments: 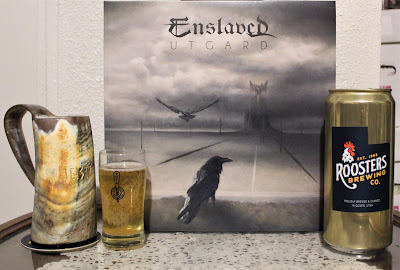 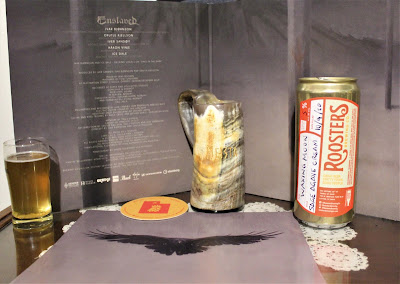 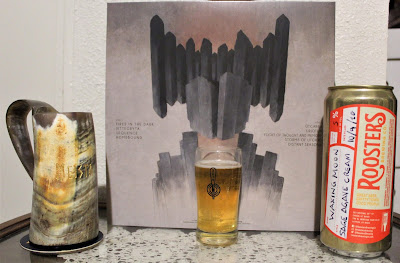 Album Info:
Brew Info:
Overall pairing: The Waxing Moon's earthy, rustic, and sweet aromas and flavors make it the perfect brew for the musical genius that is Enslaved's "Utgard"!  The two combined make for a really perfect evening!  'Nuff said!
Skål!!  Hails!!
Posted by The Meista at 4:24 PM No comments: 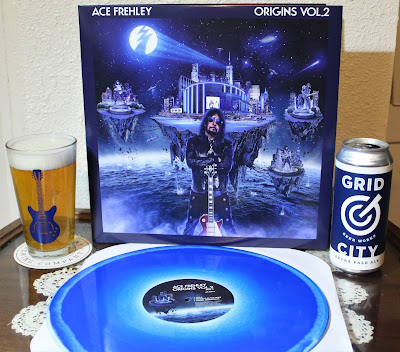 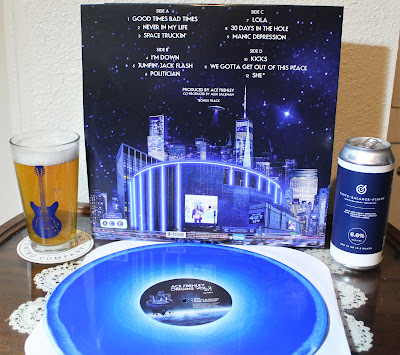 Hello and happy Friday rockers and craft beer freaks!  The Meista here with another kick-ass pairing for ya today the get the weekend off to the right start: Ace Frehley's latest album, "Origins Vol. 2", which is an album of covers and the bold and aggressive flavors of a Grid City Extra Pale Ale, another tasty offering from the fine folks at Grid City Beer Works!  Hell yeah!!

Album Info:
Brew Info:
Overall pairing: Those straightforward, bold, hoppy, and powerful flavors of the Grid City Extra Pale Ale pair perfectly with the rock and roll punch of Ace Frehley's kick-butt "Origins Vol.2"!  I also dig the way the can looks with the album art and my guitar glass!  'Nuff said!
Cheers!!  Rock on!!
Posted by The Meista at 10:18 AM No comments: 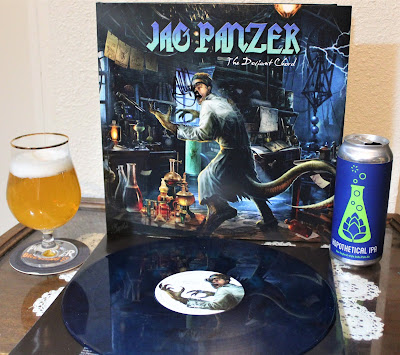 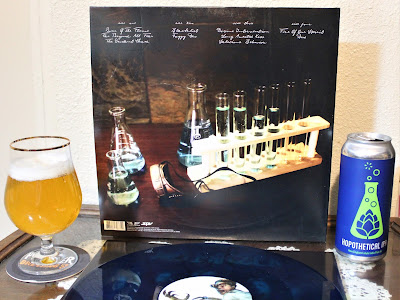 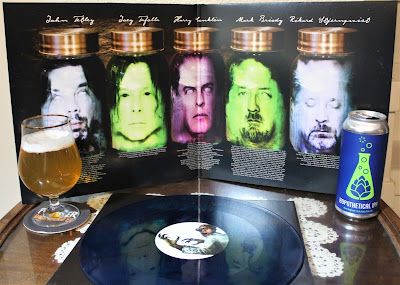 Good evening!  The Meista here tonight pairing "The Deviant Chord", the most recent studio album from American power metal pioneers Jag Panzer and a Hopothetical IPA from Proper Brewing Company!!  I paired this album 3 years ago when it first came out, but I decided to pair it once again as I've been listening to it a lot lately and the imagery of the Hopothetical label was just too perfect not to pair with the brilliant album cover art of "The Deviant Chord"!

Overall pairing: Both the complexity of flavors and the overall punchiness of  Proper's Hopothetical IPA work perfectly with the bombast, musical prowess, and metal integrity of Jag Panzer's brilliant "The Deviant Chord"!  As with the brew, the album provides its audience with sweet, bitter, and very complex notes.  I can't say enough about this album and this beer!  GET SOME!!

Cheers and hails!!
Posted by The Meista at 6:16 PM No comments: